The ability to unblock websites, services, and content that are banned in your region is one of the most significant benefits of using a VPN. With just one click, you’ll add hundreds of movies to your Netflix list, live stream any football game, Disney Plus for more entertainment for the kids, and much more.

What Are You Missing Out On

We live in a time when we can watch 1080p movies on demand over fiber-optic cables that run beneath the sea. Despite this new reality, outdated broadcasting rules continue to pretend we are still in the era of the living room television.

Netflix, Hulu, and SkySports must determine where the user is coming from and restrict content outside their licensed area or they’ll get sued. The solution is simple, use a VPN location changer.

A wide range of services are prohibited in many areas:

All of them can be unlocked with a VPN.

When you go to a website without a VPN, that web site’s address is what appears on the front of the envelope.

Your internet service provider (ISP) is the postal service. It’s what courier the mail to the address you provide. To do that, it needs to look at the address you’re going to. It can see www.website.com and at the end of the domain name, there’s /the-video-you’re-watching or the product you are buying.

All your ISP knows now is the VPN’s address, which is where it sends the envelope. Once it gets to the VPN server, the VPN server opens up the first envelope, sees where it’s supposed to go next, and sends it on its way.

Now your request is coming from a different IP address (one that isn’t banned) and everything works as it should.

The VPN’s envelope is encrypted, and it’s only the server that has the key to decrypt them. This implies that your ISP will be unable to look inside and see your actual destination. All the ISP knows is that they are transferring your internet traffic to a VPN server.

How A VPN Keeps You Anonymous Online

Your ISP is the one that transports your packets, but it cannot see the real recipient because they are inside an encrypted envelope. The site you’re visiting has no idea that the packets it’s receiving have a history preceding the VPN transmission since the original envelope was lost.

A VPN, on its own, isn’t sufficient to keep you online from being tracked. As soon as you log in to one of your accounts, it’s easy to determine who you are. Third-party cookies rather than IP addresses are used by businesses to track you online, and metadata is visible throughout the OSI model.

What they can accomplish is to conceal your surfing habits from your internet service provider.

How A VPN Makes It Look Like You’re Browsing From Another Country?

The VPN server throws out the original envelope and reposts it. If the server is in the United States, it’s sent from a US IP address. The same thing happens if it’s in the United Kingdom. Netflix, Hulu, SkySports, or any other site you’re using believes it is dealing with someone from the same country that the server is located in.

A VPN Can Help You Remain Anonymous Torrenting Movies

BitTorrent clients and similar applications are responsible for up to 10% of internet traffic, regardless of your own viewpoint on torrenting.

Because your public IP address is visible when you torrent, a virtual private network will come in handy. Rights owners are constantly monitoring torrents and the IP addresses that contribute and download them.

Instead, use a VPN to secure yourself. All of the trackers see the VPN’s IP address, making it impossible for anybody to follow up.

Netflix does not care whether you use a VPN. It is against their terms of service, but it’s only because it might degrade the quality of the experience. You’re good to go as long as you clear your cookies and reload the page.

Other websites, on the other hand, are more selective (banks, crypto exchanges, and SaaS products). To block VPNs these sites consult lists of IP address of known VPNs. If you’re using one of the larger services, there’s a greater chance the VPN is on the blacklist. Choose a reputable but not enormous VPN like Surshark

VPNs allow you to access content from all across the world, allowing you to watch more online entertainment. They accomplish this by functioning as a mail forwarder and breaking the chain that binds you to your ISP and target site. This is why VPNs are such an excellent option for torrenting. 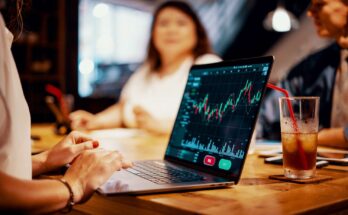